Ok, so we’re kicking off with an apology. We’ve been a little quiet here on the blog recently – sorry! Mainly though, it has to be said, because we’ve been out in the hills ticking off peaks. (If you’re on Facebook or Instagram you may have seen some of our pictures over recent weeks.)

We had an amazing trip up to Scotland in May for Peak 6, and we’re off to Yorkshire in a few weeks for Peak 7. But before all that we need to update you on Peaks 4 and 5 which we completed at Easter in Wales.

As we’ve already written about here, we’d started the week scaling Cadair Idris in Southern Snowdonia at the start of our week away in Wales. After an amazing few days at Tal-y-Llyn we set off north towards Snowdon for our next accommodation.  Max had booked a house called Caerwych for us all in THE most amazing location, just near Harlech. 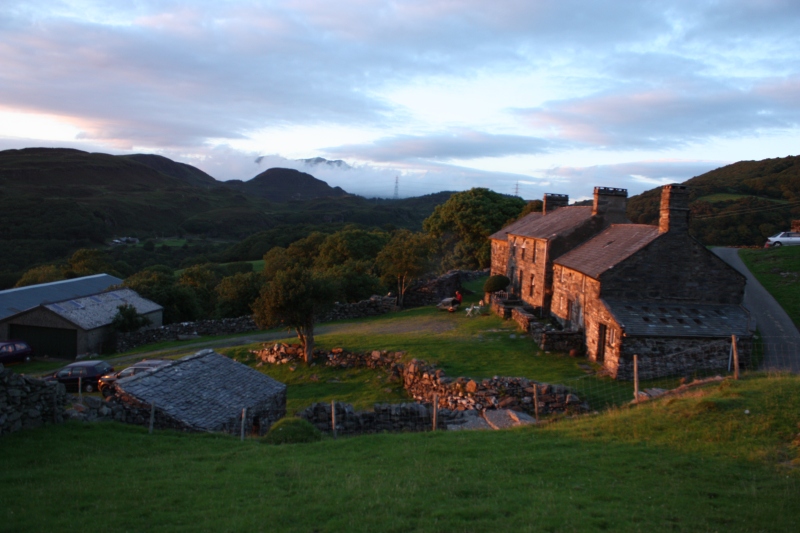 The setting was incredible and the house wonderfully rustic.

We took a couple of days to rest up with an outing to the beach, bonfires and songs, delicious suppers round the fire, large amounts of red wine and LOTS of games of cheat! 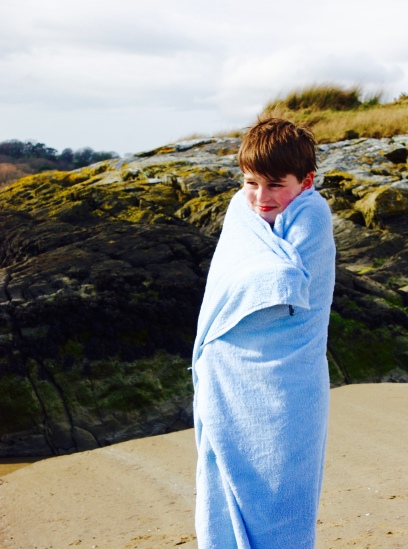 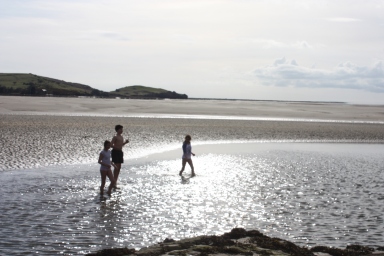 With our companions having to head back to London before our next peak they took advantage of their last day to tuck in a brilliant walk up Cnicht.  Known as the Matterhorn of Wales they had an amazing time with some challenging scrambling at the end.

It was with much sadness that we waved goodbye to them all the next day and set off early for Llanberis where we were meeting up with our guide Rusty.

It was also with slight trepidation as, after 3 days of sunshine and light breezes the weather had taken a significant turn for the worse.

As our car was buffetted by rain, and gales whistled around us, the call came in from Rusty that we had been dreading.  The weather was just too dangerous to risk climbing Tryfan – our planned peak number 4. Winds were gusting up to 60mph on the ridge and it just wasn’t safe.

We were gutted, but understood. We sat down at a cafe in Llanberis and pored over Rusty’s OS map to see what we could take on instead.  The decision was taken to walk up Moel Elio instead, a lovely hill that is one of the lesser known peaks in Snowdonia.

The route started from Llanberis and while it only needed us to climb up 726 metres, the walk was long and extremely windy!  We were wrapped up in layer after layer and yet still the wind whistled down our necks and threatened to blow us off our feet!

After a long and tough walk, we finally made it to the top.

The summit offered amazing views of a huge range of mountains in the northwestern sector of the Snowdonia National Park and with Issie warmed up in Rusty’s (slightly large and very orange!) jacket, we just about managed to stay warm!  Peak number 4 completed!

With a few hours of daylight left and to make up for the disappointment of not making it up Tryfan, Rusty offered to take us off for some rock climbing.  We hurtled back down to Llanberis with that promise  and the thought of hot chocolates at Pete’s Eats.

Issie had already tried climbing and abseiling before but it was my first time.  It was brilliant! 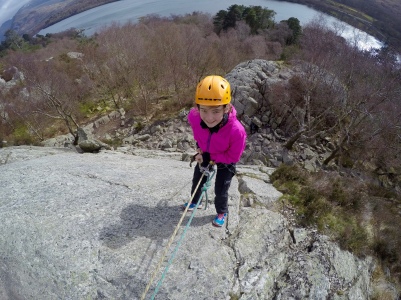 We are definitely going to be doing this again!

One thought on “Mountain 4 – Moel Elio”