As many of you know from our updates on Facebook and Instagram, we set off for Snowdonia just after Easter to get a few more summits under our belt. We’ll be posting about each of the three peaks we completed in the coming days. And for those that are chasing me for details of future walks – I promise more details about our plans for the next walks in the Highlands and Yorkshire over the next week or so.

But to kick things off, here is how we got on with mountain number 3 – Cadair Idris, what a great walk!

The five hour drive up to Snowdonia was pretty wet and slow so we were thrilled to arrive at our B&B, the Old Rectory on the Lake to find the rain had stopped and we were in the most idyllic setting, our home for the next two nights, along with the wonderful Rowell family. 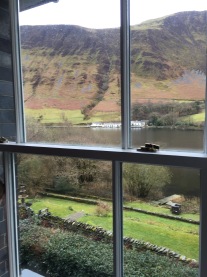 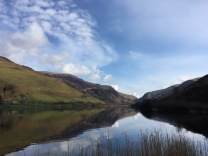 The next morning our team was up bright and early (and maybe a little bleary-eyed after slight over-excitement on our part and generous hospitality c/o John and Ricky!) to meet our guide – Rusty Bale and his assistant Louis.  With Max arriving bearing gifts of beautiful walking sticks (collected the day before from the woods) for everyone we were all set.

Rusty briefed us on the route and the weather forecast for the day.  We were looking at a five/six hour walk to the summit and back with a bit of every kind of weather – cloudy, windy, sunny, rainy and cold! 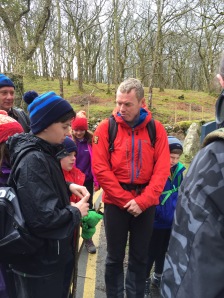 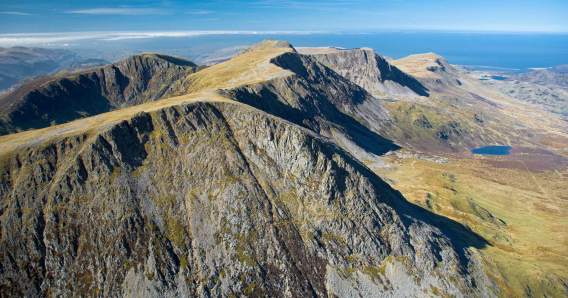 Cadair Idris is 893m in height and local stories describe Idris as a giant who lived on this amazing mountain. The large boulders on the lower slopes are said to be the debris of stone-throwing battles between Idris and other giants. Legend also says that anyone who spends the night on Cadair Idris will awake either as a poet or as a madman – so we were hoping to make it off before dark!

With just enough time for a quick team photo, we were off.

We took the Pony Path (used by traders with their ponies) which wound its way up the hill pretty steeply.  All too soon, we were all pretty puffed and rapidly shedding layers.   But the cloud started to lift and soon the views were amazing.

On the way up 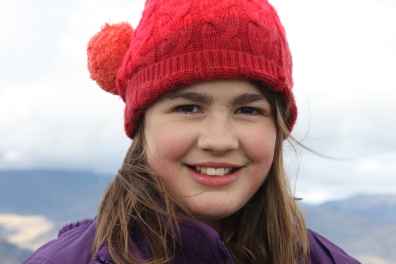 A small hiccup about an hour in when the boots Holly had borrowed (from me) rapidly started to disintegrate………some gaffer tape to the rescue.

Holly was typically stoic about the situation! 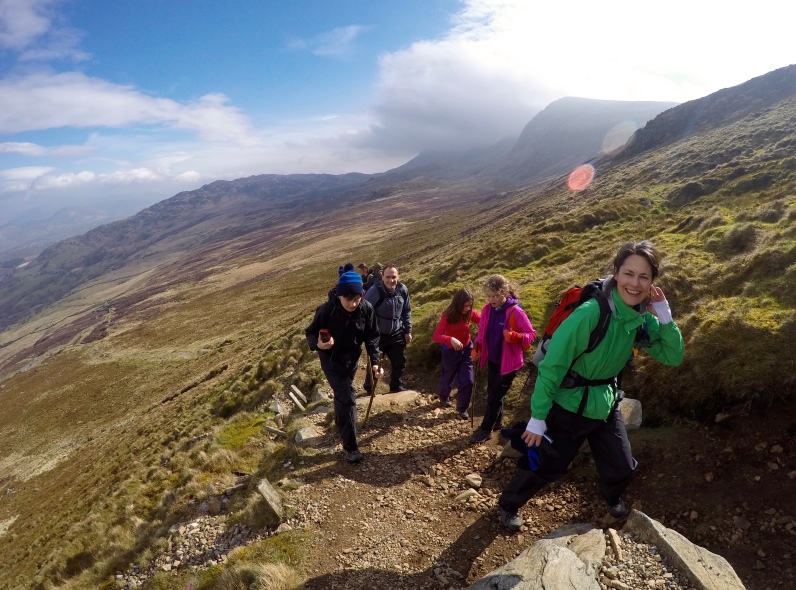 …and soon there was much excitement when they spotted the first patches of snow.

After a final push along the ridge (with some staggering drops off the side)….. 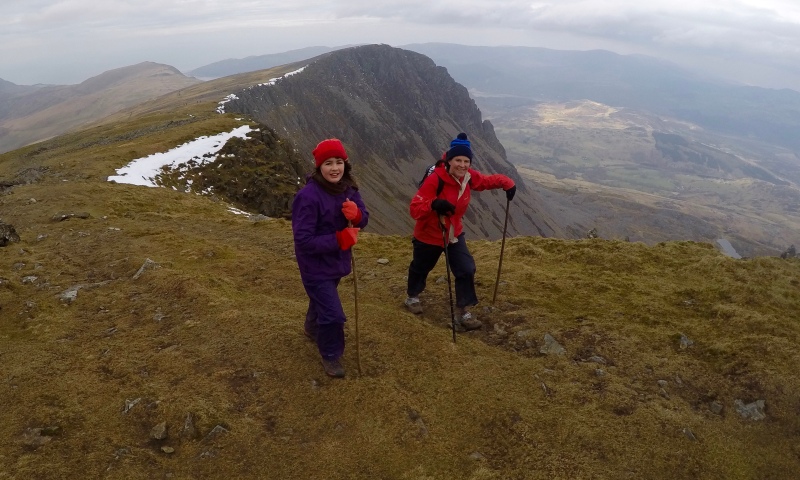 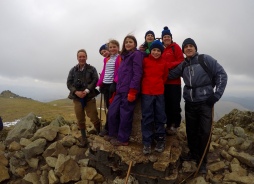 Some of our team had never walked up anything bigger than Primrose Hill before so it was a real achievement to make it to the top.

But it was absolutely FREEZING!

Very quickly we headed back down to find somewhere sheltered to eat lunch. But with the wind picking up, the emergency shelters came out to give everyone a short break from the gales.

Much giggling and squealing from the children’s shelter as they fought over packed lunches and chocolate!

Thoroughly refuelled, we packed up all our stuff and set off back down to the car.  The children were skipping down the mountain by now, helped by some music accompaniment from Mr Baring and excitement about the prospect of a hot tub back at the B&B!

We’d done it – and in under six hours.  Hurray!